Azerbaijani civil society representatives and political activists issued a statement regarding the consequences of the Second Karabakh War and Peaceful Resolution process of the Nagorno -Karabakh conflict. The statement welcomes the end of the war, highlights the non-clarified issues in the document and calls for peaceful regulation of matters according to the principles of international law.

Parties are called to inform the public in respective countries openly and transparently on matters such as the security of the civilian population and joint access of both ethnic groups to the transit routes passing the conflict zone.

Additionally, the statement calls, among others, to invite international humanitarian organisations specialising in mine clearance to support local mine clearance efforts in the liberated areas, prepare a re-integration plan for the return of the Azerbaijani and Armenian population of Karabakh to all pre-conflict settlements under the relevant UN mechanisms and to restore of the OSCE office in Baku, 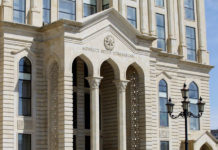