EMDS conducted long- and short-term observation of all stages of the 11 April 2018 Presidential Election, including nomination and registration of candidates, election campaign, voting and vote counting on the Election Day. The organization also issued a statement following the scheduling of the early election.

EMDS cooperated with 22 long-term (LTOs) and 166 short-term observers (STOs) during the monitoring effort. STOs observed the Election Day at a random, representative sample of 125 polling stations in all election constituencies of the country in accordance with the sample-based observation methodology.

The turnout recorded by observers cooperating with EMDS was significantly lower than the officially reported turnout at an overwhelming majority of polling stations. Through detailed analysis, EMDS also found several other anomalies in the officially reported turnout figures. These findings, combined with observation of ballot staffing in more than half of polling stations, point to the likelihood that turnout was artificially inflated, raising doubts about the credibility of results.

EMDS’s overall assessment is that the 11 April 2018 early Presidential Election was marred by the widespread restrictions of political freedoms, limitations to conditions necessary for equal and real competition, including for alternative choice, and violations of national legislation and international standards on electoral integrity. Thus, the 2018 Presidential Election cannot be considered free or fair. 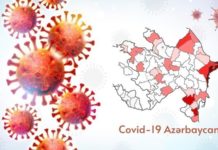 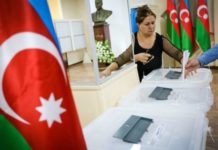 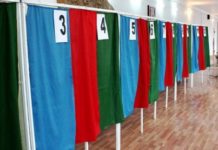