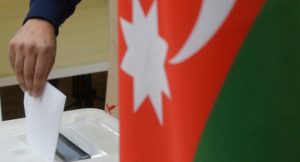 The National Council of Democratic Forces (NCDF) issued a statement in connection with the country’s expected early parliamentary elections. The NCDF considers that electoral reform is necessary before conducting elections.

The statement was adopted on December 1 following the results of an extraordinary meeting of the NCDF.

“The expected new elections coincide with the situation in the country when there is serious social and political tension, and none of the branches of government is legitimate. Until now, the municipal, parliamentary and presidential elections and the referendum have not been democratic and have not reflected the will of the people and this creates political tension.

The Azerbaijani people do not intend to put up with the ongoing process of concentration of power in one hand,” the statement said.

The NCDF believes that early parliamentary elections are not intended to carry out democratic reforms, but to further concentrate power in the hands of one family. At the same time, the holding of elections ahead of time is motivated by considerations to take society and the opposition by surprise to facilitate the falsification of elections.

However the NCDF believes the proposed early elections also create a chance to turn them into a positive event for society. The NCDF believes the Milli Majlis must carry out electoral reform before being dismissed, and at least create the minimum conditions for democratic reforms.

The NCDF proposes to take the following measures to create the conditions for democratic elections:

– re-form election commissions with the participation of the authorities, the opposition and representatives of candidates;

– remove artificial obstacles to the registration of candidates (in the 2010 parliamentary elections 2/3 of the candidates from the PFPA-Musavat bloc were not registered).

– fully guarantee freedom of assembly in Baku and regions;

– create conditions for observers to control the vote count and give them copies of protocols from polling stations;

– improve and ensure transparency in the complaints handling process;

The NCDF believes there is still time to carry out these measures.

The NCDF called on all opposition forces and, on the whole, the Azerbaijani people to support these demands.

Failure to take these measures will mean that the authorities have no intention to carry out reforms and their desire is to usurp the parliament once again.

In this case, the NCDF will not take part in the elections with previously known results and will boycott them.

On July 28, the ruling New Azerbaijan Party took the initiative to dissolve parliament and hold early elections. They motivated this by the need to “update” the legislative branch in order to support the President’s reform course. On December 2, the parliament will consider asking the President to dissolve the Milli Majlis. 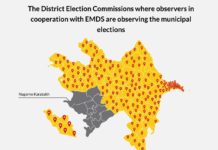