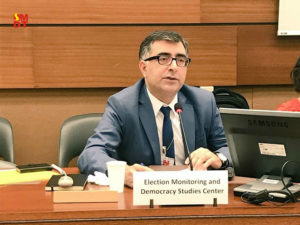 There are no necessary conditions for holding free democratic elections in Azerbaijan. Such an opinion in an interview with the Azerbaijani service of Voice of America was expressed by the chairman of the Election Monitoring and Democracy Studies Center (EMDSC) Anar Mammadli.

According to him, on the eve of the municipal elections on December 27, 2019, most of the conditions for ensuring democratic elections are not ensured. Thus, there is no “normal” legislation, and freedoms of assembly and expression and the rule of law are not being properly observed, he said.

Commenting on the lack of interest of the opposition parties in local elections, the expert explained this with the low status of the municipality, their lack of real authority and ability to influence the situation. On the ground, the fullness of power belongs to the heads of administrations appointed by the President. Another reason is the lack of fair competition. However, if not all over the country, then in Baku, Sumgayit and Ganja it is worth fighting for places in municipalities, Mammadli said.

To what extent do the authorities of Azerbaijan comply with the recommendations on improving the legislation and electoral practice of the OSCE / ODIHR and the Venice Commission?

Answering this question, Mammadli said that in recent years the authorities, as if, did not notice these organizations. Therefore, the countries that have established these structures: the United Kingdom, France, Germany, as well as the United States and these organizations themselves should be more principled and initiative to implement the recommendations on the reform of electoral legislation and practice.

Can civil society institutions at the proper level carry out election monitoring? Answering this question, Mammadli said that there is no environment in the country for effective monitoring by political organizations, civic groups, or individual observers. Materials collected by observers are not investigated.

“Attitudes towards our organization, legal proceedings against us, the subsequent criminal investigation and arrests are an indicator of the attitude of the authorities towards local observers,” Mammadli said.

In addition, the monitoring by civil society, among other things, is hampered by a lack of finance. The third problem is human resources. It is necessary to train experts and trainers who teach monitoring, but the authorities are not interested in this.

Sometimes local observers simply are not registered. Many citizens on the ground show interest, but they have to come to Baku, submit an application and documents to be registered, although it is quite possible to do in online mode.

“It is obvious that the authorities are incompatible with the issue of election monitoring,” Mammadov said.

What should be done to conduct elections in accordance with international standards? According to Mammadli, political will is necessary first of all. The government must accept the formation of government by the people. In addition, the electoral legislation must be reformed and the election commissions reformed with the participation of all interested parties.

Finally, measures must be taken to let all sections and groups of society – political parties and civil society organizations – participate freely in elections. “Without this, elections in accordance with international standards are not possible in the country,” Mammadov said. 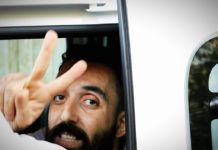 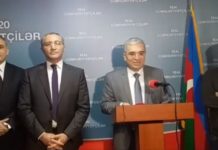