Geri Parliamentary 2010 THE RESULTS OF THE MONITORING OF THE 7 NOVEMBER 2010 ELECTIONS TO...

The Election Monitoring and Democracy Studies Center (EMDS) is a non-governmental
organization working for the improvement of the election system and for the development of civil society and democracy in Azerbaijan. EMDS was founded on 1 December 2008 by
founders and members of the Election Monitoring Center (EMC). EMDS has observed 11
elections in Azerbaijan and trained more than 9,000 Azerbaijani observers. EMDS conducted statistically-based observations around the 2008 presidential election, 2009 referendum, and 2009 municipal elections.
EMDS conducted a range of activities to prepare for the 7 November 2010 parliamentary
elections, including training long-term and short-term election observers and activities
designed to increase voter participation and raise awareness among election participants.
EMDS conducted the monitoring of the election through 83 long-term and 1287 short-term
observers. Long-term observation covered the processes of nomination and registration of
candidates, activities of election commissions, verification of voter lists, pre-election
campaign and investigation of election complaints and released two interim reports2
on the results of monitoring. On 8 November, the organization released the Preliminary Statement on the result of monitoring conducted at 1181 precincts in 125 election constituencies.
The 7 November 2010 parliamentary elections aimed to elect 125 members to the Milli
Majlis in the same number of single mandate constituencies. According to the Central
Election Commission (CEC), 1,100 citizens were nominated and 695 of them were registered as candidates. 347 of candidates represented political parties, while the rest were independent candidates.
EMDS welcomes the efforts of Azerbaijani authorities to carry out well administered
elections, as well as its efforts to improve the verification of voter lists, set up of polling
stations and technical preparations for voting.
However, since the 2005 parliamentary elections, no significant actions were undertaken to
improve the political environment. Freedom of assembly remains highly restricted; the
activities of political parties and non-governmental organizations (NGOs) are heavily
scrutinized and regulated.
There were no improvements in freedoms of speech or media. State television did not air
opposition voices. Before the elections, the government refused to free Eynulla Fatullayev,
the editor-in-chief of Gundalik Azerbaijan (Daily Azerbaijan), and bloggers Adnan Hajizade
and Emin Milli, despite strong evidence that their cases are politically motivated.
The election campaign period was characterized by limited political debates and lack of
public debates between competing parties in comparison to the 2005 parliamentary elections.
The amendments introduced to the election law created obstacles that disproportionately
affected opposition candidates. They shortened the election period from 75 to 60 days, barred campaigning by candidates before the registration deadline, eliminated government funding for candidates’ campaign expenses, and shortened the pre-election campaign period from 28 days to 23 days. Amendments to the election code ignored the recommendations of the Council of Europe’s Venice Commission. 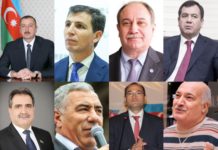 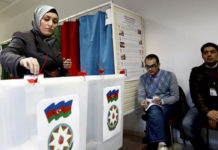 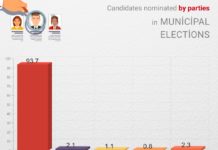